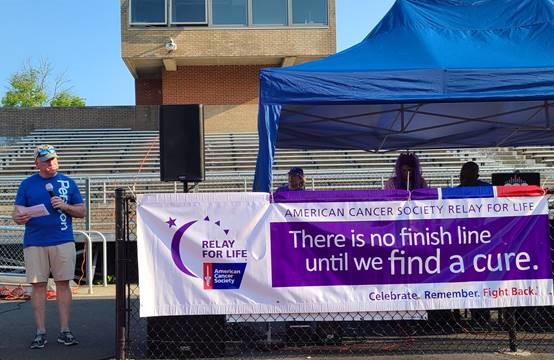 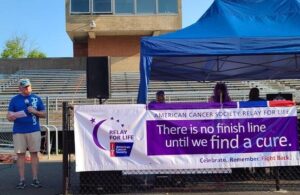 Peraton, a national security contractor, served as the Presenting Sponsor for the American Cancer Society’s annual Relay For Life (RFL) of Northern Virginia on May 21st. The company’s corporate social responsibility efforts are employee-driven and this event held a deep, personal meaning to the Peraton participants, many of whom had personal connections to cancer. Peraton employees came in droves, representing 8 RFL teams that played a strong role in helping the organization raise over $88,000. Melody Pleasure, Peraton’s director of stakeholder engagement, raised over $2,600 as one of the top individual fundraisers.

Peraton’s Chief Security Officer Mike Londregan (pictured in the image) was the event’s survivor speaker. He is a 2-time cancer survivor and recently lost his father to melanoma that spread to his lung, liver, and brain. “In my role, you must be proactive to prevent small problems from becoming bigger ones and crippling the company. That same mindset is critical in confronting cancer,” said Mike. He believes that proactive measures could have saved his dad’s life. He’s grateful for American Cancer Society’s resources, like early detection, routine scans, and PSA tests, which helped catch his own melanoma and prostate cancers in time.

“Each of us here is helping to fuel research that could lead to a cure,” said Mike. “We’re raising funds for services and treatments that will help prevent a forever goodbye…It’s a powerful thing to see what people can do when they come together for a single goal.” A sincere thank you to Peraton for making Relay For Life of Northern Virginia an overwhelming success.